He will come
close to you 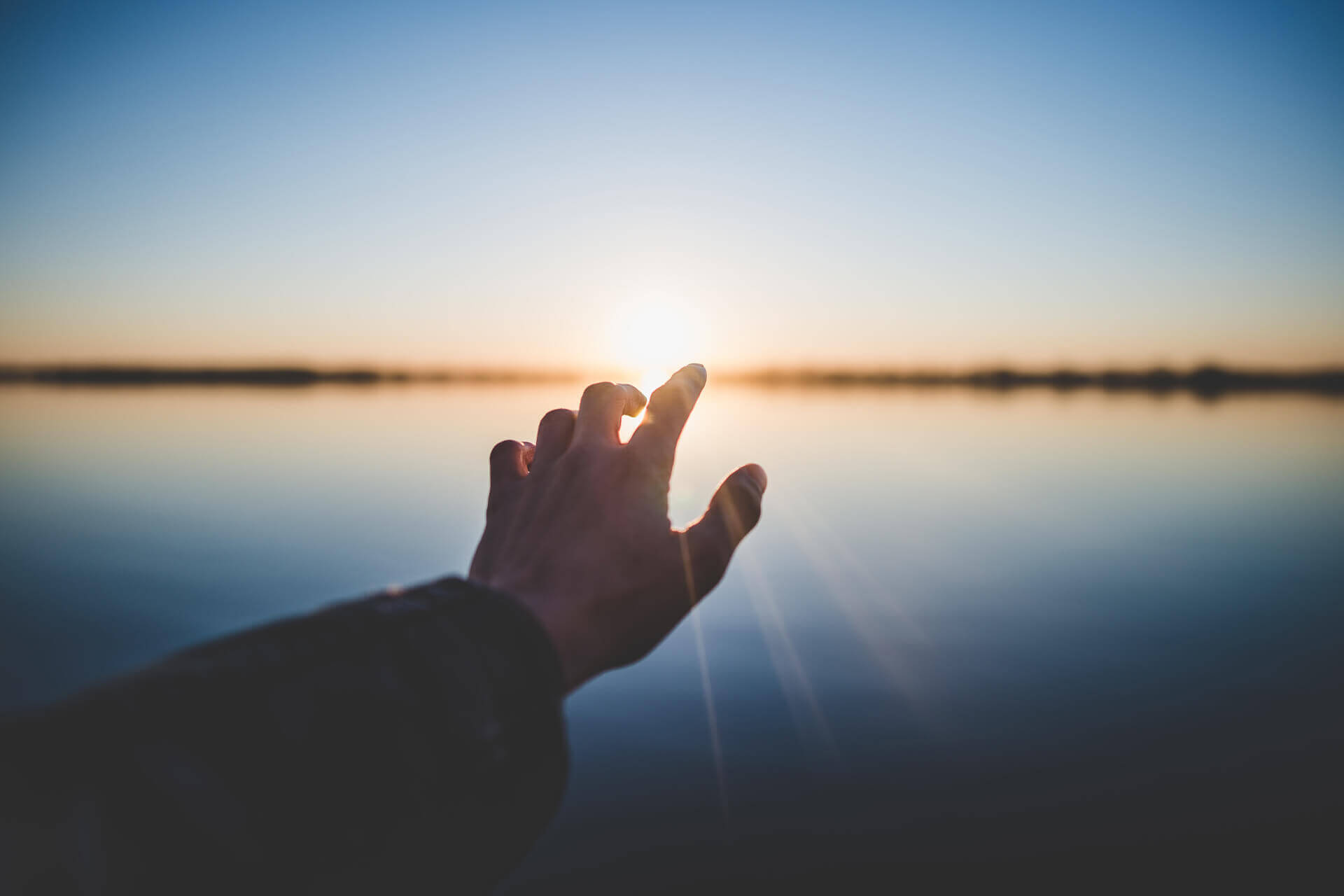 During my childhood, although I was christened, as a family we didn’t really attend church and God wasn’t talked about. In fact, my mum used to say 'two things that you shouldn’t talk about are politics and religion'. Church was somewhere for weddings and funerals, that was it. I do remember praying randomly during my early childhood, just before we went on holiday, that God would let me live until I had been with my family because I really enjoyed going. Other than that, I knew nothing of God. I thought I was a good person and liked to give to others and serve others. But the most important aspect of my life was my family, whom I loved.

Faith really growing up wasn’t tested, the scientific world seemed to disprove it, therefore it wasn’t even a question. I also would find it strange how people would believe.

Mum got cancer when I was 10 years old, I didn’t really understand it, there were bouts of treatment and she lived double the average time for people with her type of cancer. From the age of 14 I spent my days getting drunk and doing as much physical activity as I could, plus working hard(ish) at school.

I had no real interest in girls until university, where I sinned. This was my first real experience with God and when I was stood on a train platform afterwards, God said to me clear as day ‘you will now not meet anyone for 10 years’.

Mums illness was getting progressively worse, she died a few days before my 21st birthday. That day was significant, it was a very dark day, the clouds were so dark it seemed like night, I remember being in the hospice kitchen and one of the staff coming in to say, what would seem like a movie line ‘her breathing has changed’. So I went in with my family and held her hand and watched her die. With her last breath, the clouds parted and this most amazing sunset came in through this small window, at no other time could that have happened. I felt it was God speaking to me, saying ‘I have got you my boy’.

Another memory was when the priest at her funeral was about sin and my mum’s sin. I was taken back by this, she wasn’t sinful, how dare you he!? She was a quiet lady, even the word sin was alien to me and I rejected the words which I felt were condemnation. After her death the most comforting thing for me was two cards which said 'we are praying for you. This meant something to me.

Back at University, I was a mess, but I remember one day a Christian in the lunch room shouting over to me 'do you want to talk about God?' At the time, I was angry at that, thinking it was a stupid question.

Ironically a day or two later, I was handed a leaflet on 'life or death' talk that was taking place. I had the urge to go. I recall, distinctly the preacher saying at the end 'if there is anyone in the room who wants to know God, then say this prayer with me', so I did. It felt a bit like talking to no one in my head but I had nothing to lose.

After that I became friends with the Christian group I met with them at lunch time, they provided free lunches also which was great. Shortly after that, I began to attend a church nearby. That was when God blew me away! Each week, I would go along and each week the pastor would give a sermon that felt it was speaking directly straight into my life. It was as though, Jesus was saying 'I am watching you, I know your life, your footsteps, I love you so much and I am reaching out to you'. There was nothing in the world like it, nothing that could compare with this immense feeling.

My first clear memory of the Holy Spirit was when I visited the pastor’s house for carols. As I was leaving, I could feel myself leaving the spirit behind and the comfort it gave me whilst I was there.

I started saying to God 'if you're real, then show me' nothing like I wanted a load of money, just lets see if you can answer some prayers. For instance, I remember one time walking back from the grocery store with really heavy bags and I said, ok God, I need some help with these heavy bags, just then a car with Christians stopped by.

Now, multiple that experience every day for a long time and I said ok Jesus, I’m in. Finally, a little while later I remember Jesus talking to me again during my sleep, the first time were the words as clear as day saying “I am in you and you are in me” and I woke up just knowing.

All I can say after this very short introduction to my life, is I hope you give God a chance and remember if you get close to him he will come close to you.