A quest for truth 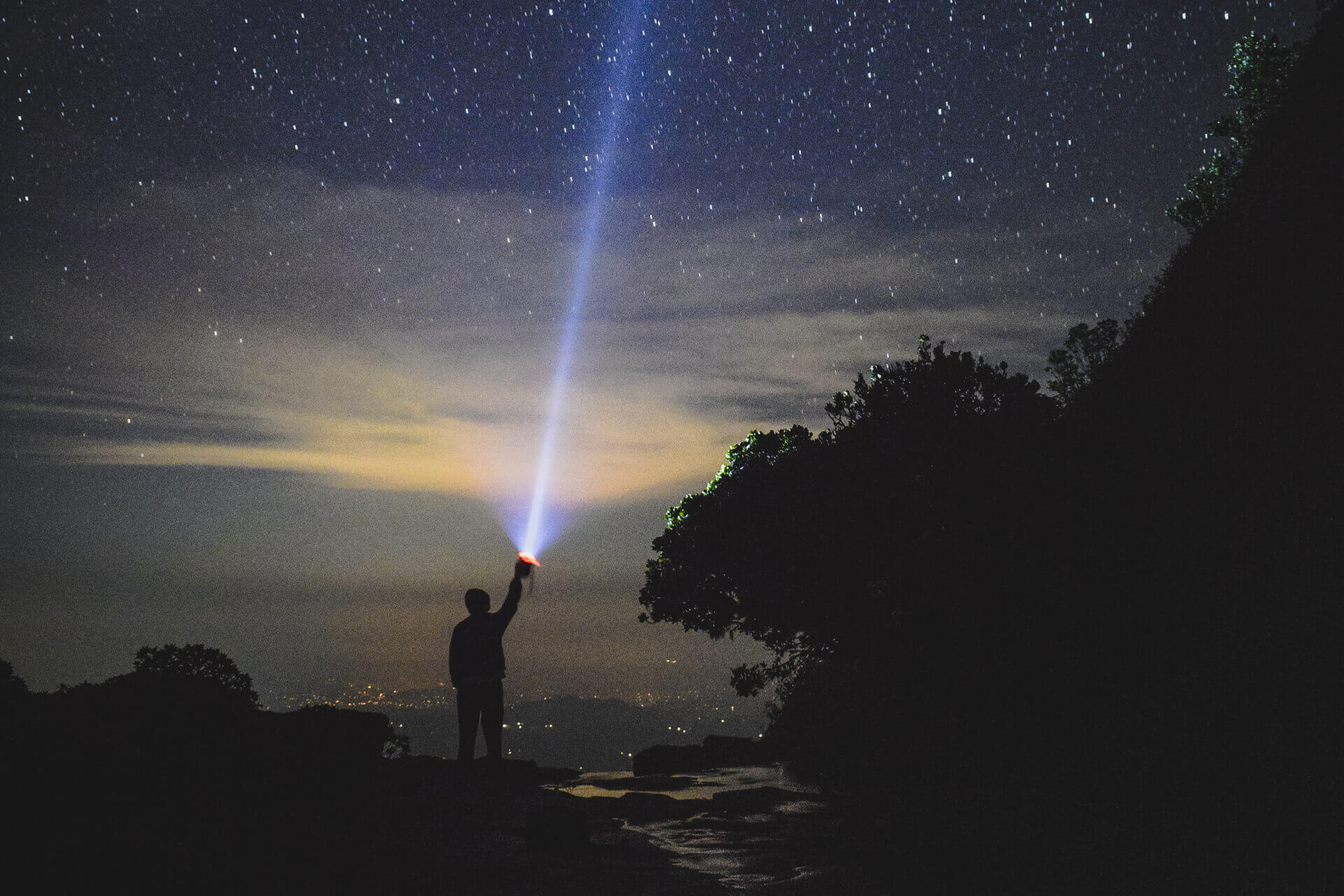 Back in 1988 at the age of 19, I saw a programme on television about a UFO cult called the Raelian Movement, I found it very interesting, I read their books and went to their meetings and they had a new insight into the Bible. They said there was no God, but that instead of God, we were created using DNA by an advanced alien race of people from another planet. I began to believe it a possibility and after having a UFO sighting I became a member of the movement and I got deeply involved in their teachings and meditation techniques to awaken my mind to the new age...(and awaken my mind they did)!

1989- The X-Files
I found it very convincing and got deeply involved in the cult and started going to their meetings and went to their Course of Awakening for 2 weeks at a camp in France. We done deep hypnotic meditation techniques and astral projection, floating outside our body and into space to visit these aliens, to awaken our minds to alien contact. Also to become a member of the cult I had to sign a contract and renounce any belief in God and in Jesus Christ and also at the course in France we had to renounce any belief in God and in Jesus Christ whlist publicly in front of other UFO cult members, walk over a large crucifix. I then joined the leadership team in the UK. After one year of being in the cult I had an experience of feeling high and on top of the world and it felt like a had reached a higher spiritual level of consciousness and my senses seem to improve after listening to their meditation tapes and going to their meetings and doing deep hypnotic meditation techniques. But then one day my mind was losing coordination and my mind started declining.

1990- One Flew Over The Cuckoo's Nest
I rang the cult leader in this country for help and his voice changed and became very evil and said "you know what's going to happen to you Eddie?" it felt like a threat. I hung up the phone and started becoming paranoid and started having a mental breakdown and I was losing my mental capacities and I seemed to enter an evil demonic realm, and started having very evil paranoid delusions and thoughts.

My parents called the Doctor and after seeing a specialist I was admitted to a psychiatric hospital where I had an hallucination of some of those in the UFO cult sitting in a circle. I was very paranoid and was very confused. After a while as I sat in the hospital I was looking for answers when suddenly a story from a picture Bible I had read when I was a child came back to me about Jesus being tempted in the desert by the devil, plus also someone had shared with me the gospel a few months back when I was in the cult and told me that Jesus loves me "For God So Loved The World That He Gave His Only Begotten Son, That Whoever Believes In Him Should Not Perish But Have Everlasting Life." John 3:16, and that He died for my sins at the cross "But God Demonstrates His Own Love Toward Us, In That While We Were Still Sinners, Christ Died For Us." Romans 5:8, at the time I was so wrapped up in the UFO cult I laughed at him. But now it all became to make sense. I realized this cult had to be the work of a destructive entity, the devil (lucifer), so I prayed by my bedside and called upon the name of Jesus and asked for His deliverance, forgiveness and salvation. "That if you confess with your mouth the Lord Jesus and believe in your heart that God has raised Him from the dead, you will be saved." Romans 10:9. I felt a new strength and a new hope and knew God was in control. I saw a message on the notice board about a Christian meeting in the hospital, but I was not allowed to leave the ward, but on the day and at the exact time of the meeting the back door opened and I was able to find the Christian meeting, at all other times I tried the back door it remained locked. My faith was increased and it was a relief to get away from the stress of the ward and find a new life, new strength and new hope after my first contact with Christians after finding my faith in Christ. I also find a Christian Chapel in the hospital and felt peace and comfort there. I was in the hospital for about 4 weeks, but was re-admitted for around another 4 weeks, because after a brief time at home my mind was filled with paranoid and evil thoughts, and I felt suicidal, and felt like giving up on life with nothing to live for. I even tried climbing out my bedroom window to jump, but my Dad pulled me back in and saved my life. After this time I started visiting churches asking for prayer, healing and guidance but got confused with all the different churches. I was given a Bible, I was also given a book of Mormon but could not make any sense of it all. I decided to throw all the books and information away, including the Bible and stopped visiting churches.

After a while I slowly started to recover from my breakdown and tried to get on with my life, I got a new computer and got involved in computer games trying to hide from what had happened to me. I started copying the games and began selling them and I started going down hill as I nearly got involved in stolen goods and stolen cars. When one day I met a Christian on the street's inviting me to a Bible study, your probably thinking good news but he was from the London Church of Christ (LCC). He persuaded me to go to a Bible study and I ended up going to the church for several months, when one day I discovered a book in a local library on cults. I started flicking through the pages when suddenly I was amazed I had come across the LCC. I read about the errors in the church and started checking in some of their book's. I wasn't happy with the church and people told me if I left the church I would go to hell. I was confused and wandering what to do when someone in the church told me demon's would come upon me. I decided to make a break and leave the church and I had a mild breakdown. I read the bible at home and began to recover. I felt like a lone Christian, I didn't know where to go as I was told that LCC was the only church and that you had to go to their church to be saved, all the others were incorrect.

1993 – Twelve Monkey's
After several months I started going to a church called Kensington Temple (KT) as some people I had met recommended it. This is a Pentecostal charismatic church. I was going to the church for a while when one day I started relapsing and having flashback's from my past and I started having another mental breakdown. I decided to go to a prayer meeting at KT seeking prayer and I sensed a presence of evil coming upon me. I returned home and after a while I could not get myself to eat and drink and after several days without food and water, other than a few sips that my Dad had forced me to have, I started losing my mind and having paranoid delusions again. I was admitted back to the mental hospital. The doctor's and nurses could not get me to eat or drink and they were going to put me on drip feed in the morning. Later that evening someone came on to the ward and got me a drink and put his hand on my shoulder and said “Trust me I'm from heaven”, I felt a peace and comfort, I looked at him and he said it again “Trust me I'm from heaven”. I trusted him and began to drink. He sat by my bedside all night then he left in the morning when I awoke and I never saw him again. Maybe an angel from the Lord??? After a while I slowly started eating and drinking again and after about 5 weeks I was back at home. After several months recovering at home I went back to KT as I was longing to be part of a fellowship and did not know where else to go and I also went to some meetings they invited me to with Morris Cerullo, Benny Hinn, Kenneth Copeland and Rodney Howard Browne and they also introduced me to the Toronto blessing.

1996 – Tomorrow Never Dies
One year there were some guy's outside a meeting with some banner's quoting “Beware of False Prophet's”. I thought I better check them out and they recommended I read “Christianity in Crisis” by Hank Hanagraaff. I visited a local Christian bookshop and they had it in stock. I read the book and realized I was being deceived yet again by a movement known as the “word of faith” movement and into an unbalanced biblical view of health and wealth also known as the prosperity gospel. I decided to leave KT and prayed and asked God “Where do you want me to go now?”. I then found an invitation to a Calvary Chapel in London in a bag with the book I had read. I said OK Lord I will go there. I went to the church and they gave me some books including Charisma Vs Charismania by Chuck Smith. These books helped put me on the right track and I was introduced to good Biblical based teaching of the word of God and found true living water and refreshment...”He restores my soul.” Psalm 23:3.

2001 to 2003
The Lord led me to York to Calvary Chapel Bible College where I got a degree in Biblical studies - www.ccbcy.com, and I had a wonderful time spending time with the Lord and in the Word and with fellow Christians.

2003 to 2010
I Was part of the church Calvary Chapel York and helped out at the Bible College and the Church. – www.calvarychapelyork.com