Jesus has moved
mountains in my life 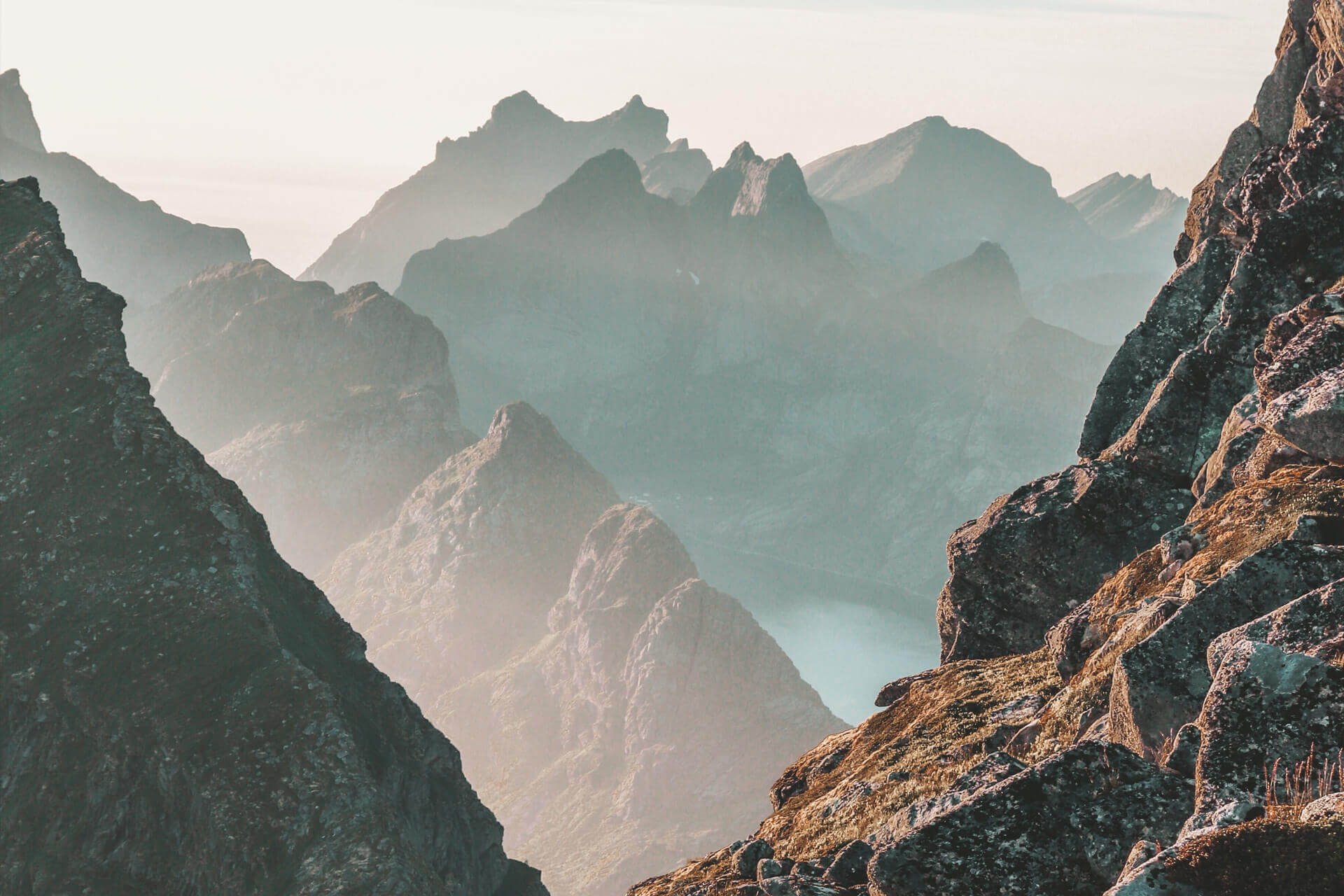 In the spring of 2013, I found myself in crisis. Although I had historically possessed considerable capacity to cope with a lot and to keep going that capacity evaporated all at once. Despite having a good job, a comfortable place to live, a solid education, some good friends and a marriage of thirteen years, I was steeped in dread, self-loathing and feeling desperately unhappy.

For as long as I could remember mine was a story about overcoming, reframing negativity, moving forward against long odds. Some of the plot points in that story include: having a physical disability since birth, using a motorized wheelchair, requiring significant assistance with all the business of daily living, growing up without much security or structure, being exposed to faith initially through my father’s emersion in a cult, upheaval when my parents divorced, sexual abuse and neglect after my mother remarried. I swam in some deep, dark water.

In spite of all that, I made a few handful of friends. My longest time friend, Emily and her mom Jan were committed Christians. Growing up in their sphere I saw the huge role that Christ played in their daily lives. At the time, although they extended opportunities again and again to go to church or read the Bible, or pray I couldn’t understand it.

After my parent’s divorce, my mother asserted that we had grown up in a cult. It was true. Nothing I learned there was like anything anyone else I knew learned in their church. My Dad was part of a sect within a sect that practiced an Americanized variation of Hinduism championed by an Indian Saint Paramahansa Yogananda. Yogananda practiced Kriya Yoga. He visited the US in 1920 and people went to study with him, including a woman called Mildred Hamilton. She called herself a Christian Yogi. A group of adherents to Yogananda’s teachings formed a group called the Self Realization Fellowship in California. Mildred, originally affiliated there left when there was a schism in the group. She relocated to Seattle, drew a group of followers including my father. She was a guru who people claimed was the reincarnation of God.

As a kid I was confused by church. I knew our views were different. Nobody else had a guru the adults referred to as “mother.” It seemed wise to avoid discussion about religion or what I learned growing up at all costs. Both grandmothers- one, originally Catholic, the other an evangelical Christian, were apoplectic that we were not saved. Once at Thanksgiving my paternal grandmother asked me to read a verse from the book of John. I stalled not knowing how to look it up. This resulted in a high volume disagreement between her and my father. Dinner was a bust and I thought it was my fault. I concluded that religion was a contest that made people fight and hate each other. Jesus, God, the Holy Spirit seemed like some improbable spirt in the sky.

Later as a college student attending a Jesuit Catholic University in one of the most unchurched states in the nation. There I converted to Catholicism. I was drawn to the ritual, to the definition of catholic as universal. The Jesuits are learned and have a strong tradition in modern times of standing with people who are poor or suffering. Those good works appealed to me.

After college and the convenient way a campus community can reinforce a faith practice I quit attending church and began to question what it meant to be Catholic and if I was one. In that period I came across a term used by theologian Rudoof Otto, Mysterium tremendum et fascinans. I understood the term to mean that God was so vast an awe inspiring that we are incapable of fathoming Him. In that way He is a mysterious, fascinating, unknowable mystery. That made sense to me intellectually. Maybe I didn’t understand God because no one could. This carried m for a time but the yearning I had long felt was never quelled.

For years I felt a gnawing sense of purpose and emptiness all at the same time. Now I attribute that feeling to not knowing Jesus.

So this is where I found myself during that bleak spring. Emptiness threatened to swallow me. Major cracks began appearing in the reality I had constructed and tried so hard to project. I was the rolling picture of doubt and self-loathing. Habitual drinking became something else. I felt totally disconnected from and resentful of my husband. I became disillusioned within the community of people with disabilities.

I met someone else. Thankfully we did not live anywhere near each other. Still, I was infatuated and made myself believe that he really understood me. He didn’t. For that matter neither did I. My marriage was so over the edge. Shredded. In tatters.

I began having unpredictable panic attacks. I couldn’t breath and thought I would die. I found myself in the office of a psychiatric nurse practitioner with a prescription and a homework assignment to “write down what would make me happy. I stared at blank paper without a clue. The panic increased.

It was then that my longest time friend Emily extended another of countless invitations to church. She was attending Capital Christian Center, a non-denominational, come as you are, Christian Church. I began attending and found discussions of Jesus compelling and vivid. During a service where the pastor discussed fruits of the spirit, Jesus opened my heart and I was saved but that’s not the end of the story and the happily ever after.

It was the beginning. I still found myself sitting in the mess of my making. I applied for a job in the Rockies. It was a longshot that appealed to the part of me that didn’t know how to make everything right. I got it. I went. My husband and I decided to live separately for a year. I didn’t succeed at work, an inauspicious first. My husband and I kept talking and working together.

I had to face myself. There was a lot to face. Through it all Jesus was with me. I quit communicating with the person I became infatuated with. For the first time in my life I focused on healing my spirit and my mind. I didn’t feel obligated to Jesus. I genuinely wanted to grow in faith.

He drew me to a podcast the Daily Audio Bible, where scripture is read each day. I soaked it up. Each work day during the commute I listened to a deeply resonant sermon by T.D. Jakes called “Keep on Walking” recorded prior to a time when he was as well-known as he is now. I also searched for a church and began attending regularly. I have also been blessed with the knowledge that the panic attacks were a symptom of Post-Traumatic Stress Disorder (PTSD). The job that I landed and lost happened to be in the state were some of the most innovative, effective treatment is being developed and I am incredibly fortunate to have access to that treatment.

Jesus has moved mountains in my life. He brought my husband and I back together. Our marriage is strong. He has assisted me stop drinking and he draws me back to His Word each day. Life is still challenging. Being a Christian isn’t synonymous with living with ease or walking a convenient path. It is a deep personal commitment. In Jesus we have a radical, transformative, selfless, example of turning abject suffering, into selfless sacrifice and ultimate freedom.

“I will give you a new heart and put a new spirit in you; I will remove from you your heart of stone and give you a heart of flesh.”

With that new spirit and that living heart comes a responsibility to reflect on and act out of the radical love that has been extended to us. That is a life’s work I have only just commenced.